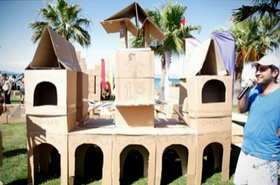 Civilization is a cardboard team building activity that lets participant teams build a city together. The city should have all its elements such as buildings, avenues, clock towers, castles, and so on.  Finally, teams will determine the country name, the currency, the local traditions, and everything else they can imagine.

The only equipment is cardboards 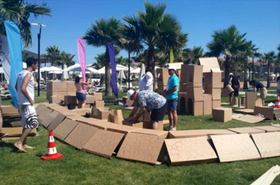 We will ask you to split your teams into groups of 5-8 people per team for this event. Each team will be responsible for building a specific building. Suggested buildings are hospital, municipality, school, airport, train station, ferry port, and similar. A limited number of cardboards will be ready at each team’s work area. Other than cardboards, teams can only use scissors, tapes, colorful pens, and similar stationery.

Teams join in the bigger construction 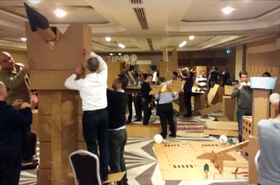 After each team builds their building, the new task is assigned by the moderator. All teams should connect their buildings with roads, avenues, streets, quarters and so on.  Our cardboard civilization should look like a model of an unknown city. 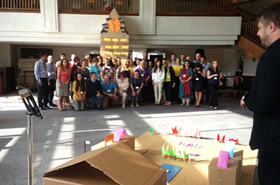 Each team should have a team leader. As a result of the design and build phase, team leaders will introduce their cardboard civilization work to the other teams. Team cheer is highly recommended.

This indoor cardboard team building activity lasts between 2-3 hours and will be wrapped up in a big group photo. The key elements are communication, collaboration, construction, problem-solving and strategy. The venue can be either indoors or outdoors, depending on the size of the space. Hotel ballrooms, conference rooms work fine, as well as outdoor spaces with a flat surface.

You can consult our sales team to find location alternatives for this event. 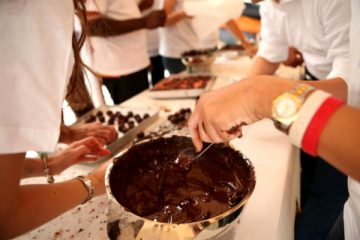 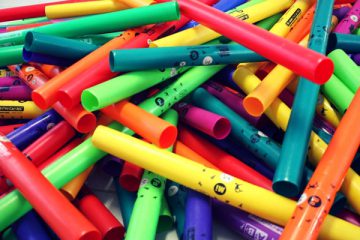 Boomwhackers means joy! Boomwhackers team building event is an extremely fun activity, where teams will interactively play music with colorful plastic tubes called “Boomwhackers“. Inspired by the xylophones, inspires your team! Do you remember from childhood, the Read more… 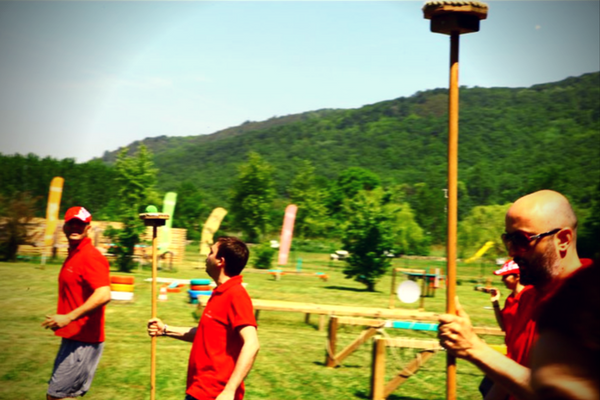